“The use of sexually propagated scleractinian corals for reef restoration”

“Increasing anthropogenic pressures coupled with global climate change have resulted in the rapid degradation of coral reefs, necessitating the implementation of active measures to assist the recovery process. Recent advancements have facilitated the use of sexually propagated scleractinian corals to supplement reef restoration initiatives, by capitalizing on the ability of corals to produce large numbers of genetically diverse propagules. The main objectives of my thesis were to assess and improve the feasibility of using sexually propagated scleractinian corals for reef restoration.

Attempts at transplanting sexually derived corals are limited and have been restricted to the use of the fast-growing species. This is the first study to rear two species of slow-growing Faviid corals from larvae through to transplantion to the reef. My results demonstrated that this technique is technically viable for reef restoration and the key bottleneck of this approach resided in the initial ten months of the ex situ mariculture phase, which had the highest juvenile coral mortality rate.

To improve the feasibility of this approach, I have demonstrated that introducing the sea urchin Salmacis sphaeroides and the gastropod Trochus maculatus as biological control agents were useful in regulating macroalgae proliferation and augmenting the post-settlement growth and survival of coral juveniles in mariculture facilities. Subsequently, I have showed that nutritional enhancement significantly increased the ex situ growth of coral juveniles. This had significant flow-on effects even after transplantation to the reef, as coral transplants which were fed had higher growth and survival rates than those which were not.

“The fate of biodiversity in modified tropical forests“

“Tropical forests hold half of all species on the planet, but are being rapidly lost or disrupted by agricultural expansion, logging, and other human enterprises. In my thesis, I examined the fate of biodiversity in modified tropical forests in three original ways. First, I compiled data from published studies around the global tropics and used a meta-analysis to assess the relative biodiversity value of regenerating, logged, and other disturbed forests. Second, I surveyed small mammal communities in forest fragments over multiple time periods to measure the rate of species loss – and thereby gauge the time available to avert extinctions in fragmented forest landscapes by implementing conservation actions. Third, I modeled projected biodiversity impacts of various scenarios combining different levels of deforestation and forest restoration to assess the potential of regenerating forests to offset biodiversity loss due to deforestation. My results highlight the vulnerability of tropical forests to substantial and rapid biodiversity loss and also identify the best strategies to stem this loss – by preserving remaining expanses of undisturbed forest, protecting modified forests with highest biodiversity value (e.g., logged forests), and rapidly restoring forest connectivity in fragmented landscapes.”

Do you have an interest in freshwater fauna?
Want to learn about more about phytoplankton research techniques? 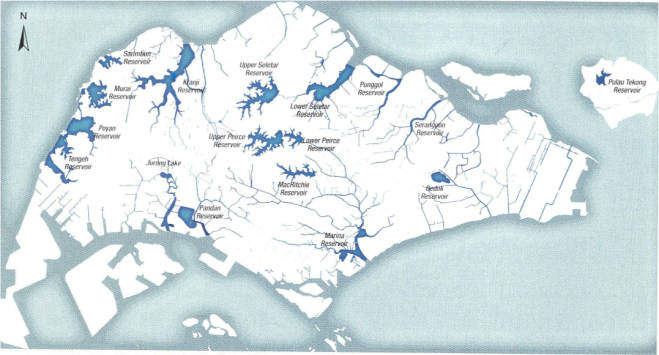 Two or more part-time volunteers are required for sample processing (cell counting) from September 2014 to February 2015.

What you will learn 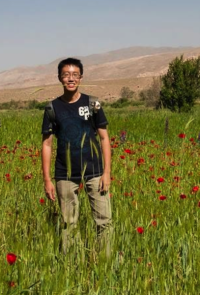 “How biodiversity and forest succession affect ecosystem functioning: carbon and nutrient cycling via litterfall in Singapore”

The production and decomposition of vegetative litter is a vital ecosystem process, forming one of the main pathways for carbon and nutrient cycling. These processes are regulated by a range of biotic and abiotic factors – the diversity of the decomposer community, the diversity of plants, the chemical quality of litter produced and the physical environment. However, few studies have characterised the mechanistic linkages of these factors with the litterfall and decomposition processes in secondary forests.

In Singapore, secondary forests dominate the forested landscape. However, there remains a paucity of studies to describe the secondary forests from a functional perspective. Specifically, no studies have been conducted to assess the efficiency of carbon and nutrient cycling via the litterfall and decomposition processes. Henceforth, this study aims to investigate the relative roles of forest succession, the decomposer community, and abiotic factors in determining fine litterfall productivity and litter decomposition rates, as well as the associated fluxes of carbon and nutrients. The phenological patterns of litterfall will be identified too.

Preliminary results revealed that litterfall productivity in mature secondary forests did not approach that of primary forests, despite the former having more than a century of regeneration. Wood wastelands, which had less than 50 years of regeneration, produced significantly more fine litterfall and were characterised by a markedly elevated level of nitrogen and phosphorus cycling.

This one-week E-waste recycling exercise is part of Dr Amy Choong’s efforts for her GEK1515 Environmental Biology students.  To make it convenient to staff as well, she has invited Cimelia staff to install two bins at these two locations (Utown Education Resource Centre and between S2 & S3) for a week so that you can also dispose of your e-waste.

Please make use of this opportunity to get rid of broken appliances.

“The invasion biology of the African sharptooth catfish, Clarias gariepinus, in Southeast Asia“ 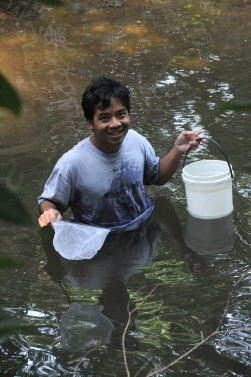 Abstract – “The African sharptooth catfish, Clarias gariepinus, is a highly invasive species with known severe impacts, including native species declines through ecological (e.g. competition, predation) and genetic interactions (e.g. introgressive hybridization). The species is widely introduced and established across Southeast Asia, particularly in disturbed rural to urban environments, but despite its potential far-reaching consequences on native ecosystems, little is known about its life history and impacts in the region.

My study aims to address these knowledge gaps, and elucidate the potential risks and impacts of this invasive species on freshwater communities in Southeast Asia. Specifically, I review and analyze evidence suggesting that C. gariepinus has adversely affected populations of native Clarias species in Singapore, and address taxonomic problems in the Clarias batrachus species complex, a group that is similarly associated with anthropogenic systems, which in recent years has faced severe declines owing to uncontrolled introductions of C. gariepinus. Environmental niche models are used to investigate niche conservatism of C. gariepinus outside its native range and its invasion potential.

At the regional level, I will investigate the trophic and habitat ecology of introduced and native Clarias species in Southeast Asia, and examine the mechanisms and consequences of interspecific interactions. I will also utilize genome-wide genetic markers to elucidate the landscape genetics of C. gariepinus across the region, and determine the extent of genetic impacts on native counterparts. Besides furthering our understanding of various ecological and evolutionary processes, knowledge gained from this study will also contribute towards informing policy and management of aquatic invasive species across Southeast Asia.”

Professor Ken Hinchcliff, Dean of Veterinary and Agricultural Sciences at the University of Melbourne is in town for a talk and to chat with prospective graduate students of the Doctor of Veterinary Medicine programme they offer.

Thanks to Shannon Heo for hosting the talk on behalf of NUS PEACE & NUS DBS.

“Sociality of spiders of the Genus Anelosimus (Araneae: Theridiidae), with focus on species in Southeast and East Asia“ 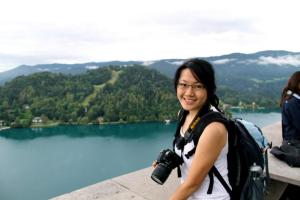 “The genus Anelosimus (Araneae: Theridiidae) consists of 64 nominal species, of which six are social, 14 subsocial and five solitary, while the sociality of the remaining species are unknown. Although intensive work has been conducted on spiders of this genus in North and South America, little is known about Anelosimus in Asia. As a model system, a comprehensive study of spiders of this genus would further the understanding of sociality in spiders. Therefore, the goal of this thesis was to supplement the knowledge of Anelosimus, with concentration on species found in Southeast and East Asia and to explore factors affecting the evolution of sociality in this genus.

The findings of this study includes nine newly described species. Eleven previously described species were also included and supplemented with photographs, updates of missing male/female descriptions and information on natural history. The natural history of ten species of Anelosimus collected from China, Malaysia and Singapore were also examined, with special focus on traits such as habitat and colony structure, maternal care, cooperative behaviour, dispersal and a number of reproductive traits. Seven of these species were determined to be solitary, while the remaining three species are subsocial. Examination of the sensory receptors in subsocial and solitary species also revealed that subsocial species have a lower density of mechanoreceptors, which may result in lowered sensitivity towards conspecifics, promoting aggregation.

Finally the prevalence of parasites in nests of eight Anelosimus species and the presence of the endosymbiotic bacteria Wolbachia 37 species of Anelosimus were tested. Results obtained suggest that cooperative web maintenance from juveniles in subsocial species may aid in reducing the number of parasites in the bigger nests of subsocial spiders. Meanwhile due to solitary spiders’ preference in constructing webs on small wildflowers, there are higher numbers of parasitic organisms such as mites, lepidopteran larva and hymenopterans in their nests. Wolbachia infection was also not found to be widespread amongst Anelosimus species tested. However, infection appears to be more prevalent in social species.

Overall, this study has revealed a high concentration of solitary species and an absence of social species in Southeast and East Asia. Factors such as mechanoreceptor densities, rainfall, temperature and Wolbachia infection have also been found to affect the development of sociality in Anelosimus.”

The Biodiversity Crew @ NUS
Create a free website or blog at WordPress.com.